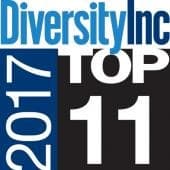 Comerica Bank has been ranked #2 on the DiversityInc 2017 Top Regional Companies for Diversity. This is the same ranking Comerica had in 2016 and 2015, demonstrating a continuing commitment to diversity.

The DiversityInc rankings recognize the nation’s top companies for diversity and inclusion management. These companies excel in such areas as hiring, retaining and promoting women, minorities, people with disabilities, LGBT and veterans.

“The 10 percent increase in companies participating in the survey from a year ago proves that accountable leaders at these companies view diversity and inclusion as a key business measure,” said Carolynn Johnson, DiversityInc’s COO.